Our dedicated team offers a professional and friendly service providing valuable, in-depth knowledge about all aspects of the property market in and around Stotfold.

We support Stotfold Mill’s Steam & Country Show every year, and we’re proud to be a real part of our local community.

Get in touch with us today to find out how we can help you to sell or rent out your property.

Real knowledge about the local area is crucial when it comes to selling or renting a property, and we know Stotfold and its surrounding villages exceptionally well. Our dedicated agents are in the office Monday to Saturday so we’re here when you or potential buyers and tenants need us.

We’re proud to work in Stotfold and to be a real part of this community.

We have a dedicated and specialised team for lettings and property management within our Stotfold office. This ensures that landlords receive the best service and benefit from our expertise when it comes to letting their properties.

Locating tenants is just one part of our service, we can advise you about legislation, tax and rental values in the area too.

Let us know what you need and we’ll deliver it, from our tenant find only option, right through to our fully managed service.

Our professional marketing packages will catch the attention of the right buyers and tenants for your property. We also offer professional photography and videography.

We’ll take you through all the available options and support you to make the right choice for you and your property so that it stands out within the market.

From valuation to completion

We’ll be with you every step of the way. Our professional team is dedicated to every stage of the process and to making sure that your sale or let progresses properly. We’re the experts and we’ll manage it all for you, from valuation, right through to completion.

Heather, the new branch manager is incredible. I cant say enough good things about the quality of service of service we have received with this estate agent. Just when id started to give up hope with my last agent I met Heather! My house sold on the first viewing and the confidence and support during and after the sale from the whole team is second to none! Highly recommended!

A great team of people in the office who were helpful from the start and right up until the end. Everyone knew what they were doing and acted professional at all times. Highly recommend them when it comes to selling your property.

Just like to say a big thank you for all your support and re assurance you gave me over the last couple of months and for ringing my solicitor when I was too scared!!

Why buy in Stotfold?

Enjoy the beauty of living in a town surrounded by beautiful villages and countryside, but still have easy access to the capital city. Arlesey, Hitchin or Biggleswade train stations are all nearby with trains straight into London. Arlesey is the closest station to Stotfold with trains reaching London St Pancras International in 40 minutes. The A1 is also nearby making commuting by car another good option.

There are good amenities within Stotford, with a local butcher, doctor’s surgery, dentist, Co-op, restaurants, pubs and takeaways. Larger stores and leisure facilities are easily reached by travelling to larger towns nearby.

Stotfold Watermill and Nature Reserve is a beautiful, local place to visit for a walk and to investigate the restored mill. You can also buy flour there made from grain that’s been sourced from local producers and ground in the mill itself.

Victoria Pendleton, the Olympic gold winning cyclist, was born in Stotfold, in 1980. She grew up here and used to cycle all over the local countryside. She often used the cycle track between Arlesey and Stotfold and this track was renamed after her in 2007, becoming The Pendleton Way.

This Office is a Member of a Client Money Protection Scheme; Safeagent

Stotfold and its surrounding areas have excellent transport links to London from Arlesey, Hitchin or Biggleswade train stations, which are all nearby. Arlesley has a car park and a bus service for people travelling to the train station. There’s easy access to the A1 and A1(M) as Stotfold is where the two join.

The name of Stotfold is said to come from cattle drovers taking a break in their journey along the A1 Great North Road. They would pen their cattle (stot) within enclosures (fold) while they rested.

The housing market in Stotfold offers a variety of properties, from older, characterful buildings, to more modern styles and new builds. Stotfold is surrounded by beautiful villages, which offer the best of country life, whilst also being close to local amenities.

Stotfold offers a good range of local amenities, including a doctor’s surgery, dentist, post office and Co-op. There are several places to eat out, like the Fox and Duck, or India Lodge, and many takeaways too. For those heading out for a drink, there’s plenty to choose from, including The Crown, The Stag and Chequers Pub. The town has its own local butcher, Beale Bros, which has been running for about 80 years. Other shopping and leisure facilities can be reached easily by visiting nearby larger towns.

A mill has stood where Stotfold Watermill is now for over 1,000 years and it’s one of the four mills in the area that are mentioned in the Domesday Book. Stotfold Watermill (formerly known as Randall’s Mill) is a Grade II fully-restored listed building and is open to the public. Stone-ground flour is produced and can be bought on-site using grain from a local farm. The mill sits within an eight-acre nature reserve, which is open to the public all year round. There are meadows, several ponds and a lovely one-mile walk to enjoy.

Fairfield Park is a picturesque nearby village set within hundreds of acres of parkland. There’s an outstanding Ofsted rated lower school, a Tesco, hairdressers, dry cleaners and gym and spa, along with The Orchard restaurant. There’s a thriving community within this village, with many local events and gatherings to enjoy.

Arlesey is a small town next to Stotfold that has a train station, a good Ofsted rated lower school and a well-regarded nursery.

The nearby village of Henlow is a well-regarded and popular location in Bedfordshire, near the border with Hertfordshire and surrounded by lovely countryside. The village has a good range of local facilities, including good Ofsted-rated lower and middle schools, a lovely local deli, village post office and the highly-regarded health spa, Champneys.

The Olympic gold-winning cyclist, Victoria Pendleton, was born in Stotfold in 1980 and grew up here cycling around the nearby countryside. The Pendleton Way was named after her in 2007. It’s a cycle track that runs between Arlesey and Stotfold, and it’s one she used often.

There are many beautiful old buildings around the town. St Mary’s Parish Church is the oldest of them and dates back to Norman times. 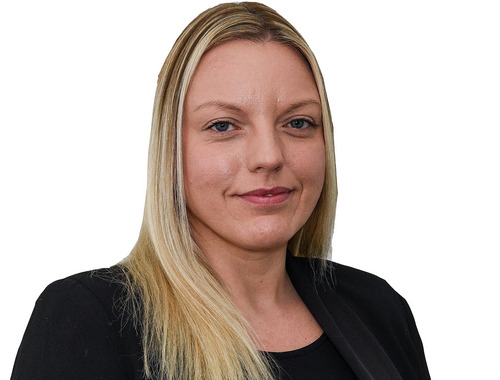