We’ve been selling and letting property in Letchworth Garden City for over 30 years. Our local knowledge helps you to navigate the property market here to get you the best possible outcome.

Our professional sales and lettings agents understand just how important your property is to you, and will work with you every step of the way.

Contact us today to talk through your property needs.

Putting your property in front

We know how to get your property seen. All the modern marketing tools are at your disposal when you’re putting your property on the market to sell or to let with us. Our agents discuss all the available options with you and help you to choose the best tools to attract the right buyer or tenant for your property.

Options include professional photography and videography, detailed floorplans, and even QR codes for your signage.

We’ve been working in Letchworth Garden City for over 30 years. We know the area, we know the properties, and we understand our customers

You benefit from our experience, and this helps you to make truly informed decisions about your property. You’re in safe hands with our experienced, local team.

We’ll create a lettings service to suit your needs. Our flexible services include tenant find only, a rent collection service, a fully managed service, as well as information about legislation and insurance cover. Choose some or all of these, depending on your needs.

Our professional team will find the right tenants for your property. We vet prospective tenants carefully and give you the best advice to help you manage your property.

We negotiate for you

We take the stress away from negotiations by acting on your behalf. We’ll talk you through all offers made on your property, and use our vast experience to maximise your profit and see your sale through to completion.

The team at Country Properties are friendly and professional. I chose them to sell my house; they did all the hard work in terms of taking people round to view - something I could not have done. They kept me updated, recommended an excellent solicitor and all with a good sense of humour. Would highly recommend.

The work done by Paul on the sale of our house (and the assistance he provided with our ongoing purchase) was truly first class - I don't know what we'd have done without him to be quite frank! Courteous, professional and always available to help even on his days off. I'd tell anyone who thinks its smart to use internet companies that they're fools! We bought through Country Properties and they were the only agent we considered when it came to selling.

This is the second time we have bought a house through Country Properties Letchworth and both times they have been professional, efficient and helpful at every stage. This time Paul was our main contact helping us with viewings, queries, chasing for things and advice. Highly recommended!

Why live in Letchworth Garden City?

Letchworth became the world’s first Garden City in 1903 and is also home to the UK’s first traffic roundabout.

Transport links are strong, with London being only a 25-minute commute from Letchworth Garden City’s train station, and Luton and Cambridge only a 30-minute drive away.

This town has been planned with its residents in mind and has beautiful tree-lined streets and plenty of parks and green spaces, such as Howard Park and Gardens. The Garden City Greenway is a circular 13-mile route that surrounds the town and is great for walking and cycling on.

The town centre is pedestrian-friendly and has plenty on offer with a range of independent and big-brand shops, as well as places to eat and drink.

The rare black squirrel was first found in Letchworth Garden City in 1912 and they’re now often seen around the town.

Our office is located opposite the beautiful Howard Park. Come and see us, or give us a call.

Letchworth Garden City is a beautiful town in North Hertfordshire that has a population of over 33,000 people.

The town became the world’s first Garden City in 1903, and it’s also the location of the UK’s first traffic roundabout.

Transport links to and from the Letchworth Garden City are very good. It’s just off the A1(M) and has its own train station making it easy for commuters to travel to London, Cambridge and Luton. London is only 25 minutes by train.

There are several primary and secondary schools to choose from, including the St Christopher School, which is a day and boarding school for children aged 3-18 years.

The town has plenty of open green spaces. Broadway Gardens boast a stunning fountain, and Howard Park and Gardens is surrounded by mature trees and has a splash park for people to enjoy in warm weather. There’s also an outdoor pool in the town that’s open from May to September. Letchworth Garden City has a gorgeous 13-mile route encircling it called the Garden City Greenway, which people enjoy both cycling and walking along.

The pedestrianised shopping area in the centre of town has a mix of independent stores and national chains. Local independents include David’s, which is a café and bookshop, R&E Family Butcher, and The Secret Wardrobe. Garden Square Shopping Centre has a large selection of national brands and a large, multi-story car park. A monthly farmers market takes place in the town too.

The beautiful art-deco building of the Broadway Cinema and Theatre is in the town centre, and other places to visit include the Broadway Gallery, The International Garden Cities Exhibition and Standalone Farm.

There are many clubs to get involved with, covering a range of interests including sports, music, food, chess and much more. Letchworth Garden City Cricket Club is said to be one of the oldest, as it was founded within two years of the city itself. The town has two golf courses, and several bowls clubs too, including Norton Bowls Club, which was founded in 1908.

Letchworth Garden City was founded by Ebenezer Howard and brought the ideas that he’d developed in his book To-morrow: A Peaceful Path To Real Reform to life. The idea behind Garden Cities is to bring together the benefits of the town and the country, and get rid of their disadvantages. Towns were to be self-contained, surrounded by greenbelts, and there were to be zones for housing, industry and agriculture within the town. Alongside this, the developer would hand over the Garden City to a community trust, so that any profits from would be reinvested into the town, rather than make the developer richer. Management of the Letchworth City Garden estate was taken over by Letchworth Garden City Heritage Foundation in 1995.

Letchworth Garden City is home to the rare black squirrel and they’re now often seen around the town. Muntjac deer are spotted regularly too. 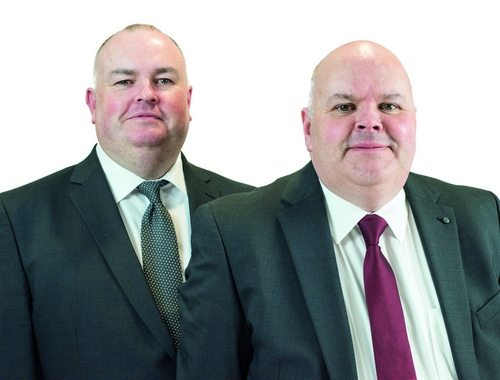