Buy-to-let: The new standard for pensions?

The world of pensions can be a little daunting but it's one that most of us have to navigate at some point. With the government currently in the process of introducing auto-enrolment across the UK too, people are being encouraged to get started on theirs sooner rather than later.

Pensions also had a big part to play in the recent Budget speech, during which George Osborne announced changes that could alter the way that millions of Brits go about their retirement preparation. All of this focus on the financial side of later life has left many people wondering whether a standard pension really is the best way to guarantee a secure and comfortable future.

When you've spent many years putting money aside for retirement, you'll want to make sure it serves you well during the later stages of life. Traditionally, this would involve buying an annuity.

An annuity is essentially a financial product which allows you to take the money in your pension savings and convert it into a regular income; the idea being that this money will then support you for the rest of your life. The income you receive will depend on the savings you have and the annuity rate you're offered - if, for example, your pension pot contains £100,000 and you're offered a rate of five per cent, you'd receive £5,000 per year.

In turn, the rate you're offered depends on a number of things, including postcode, age and health. Perhaps most important, though, are the external factors which can't be controlled. For example, the fact that people are living longer is causing providers to drop rates so they're able to continue paying for extended periods.

In order to fund their products, providers must also rely on their own investments. If these investments perform poorly - as many have during the recent recession - rates are also likely to be lowered. The following example, which uses data from the Annuity Bureau, may help to put things into perspective:

Even without pensions as part of the equation, property is a popular investment choice for those who want to build on their income or secure a more comfortable future. With youngsters finding it increasingly difficult to get onto the property ladder, the demand for rented properties has risen, leading to a direct surge in the popularity of buy-to-let investment.

So with those aged 55 and older now in the position to draw their savings in lump sums, taking this route instead of buying an annuity becomes an appealing alternative - but is it the better option? The chances of growth in property are relatively high when compared to annuity rates. It's also important to think about how buy-to-let eradicates the other downsides associated with annuities. For a start, a property can always be sold or transferred - this means there's no real permanence to the deal. It also means that it can still benefit the family's surviving members upon death.

Unfortunately it's not all black and white; there are a couple of catches. The biggest pitfall of relying on property has to be risk - while the outlook is currently positive, property values are in no way guaranteed to continue growing and sudden market changes in the future could well be problematic. Also, bear in mind that mortgage rates are particularly low at the moment and may well increase as the market continues its recovery from the recession.

In the short-term, though, it pays to think about the hassles associated with owning a second or third property. Bad tenants may seem like a trivial thought but they can cause all kinds of stress and may even affect your ability to meet mortgage payments. If, in the future, you find that the property needs substantial maintenance work, this could also cause problems.

While buy-to-let will be the perfect alternative for many people, it isn't enough to simply buy any property and put it onto the market. Remember you're looking to maximise monthly income, not capital growth, so think about the differences between renters and buyers when you're searching. Equally sized bedrooms, for example, will open a rental property up to the sharers market, while large gardens and the maintenance requirements they present tend to be seen as downsides for some potential tenants.

Going back to the financial side of things, there are plenty of attractive buy-to-let mortgage deals out there, many of which are based on rental income as opposed to personal income, but be sure to do the maths before signing up. Deposits can have a significant impact on the efficiency of the arrangement - while some providers only ask for 20 per cent up front, you're likely to get a better rate with a much larger deposit.

Whichever route you do decide to go down, the guidance of a professional will be invaluable. If you think buy-to-let could work for you, be sure to contact the experts at your local branch of Country Properties. We'll help to minimise hassle and maximise your return on investment. 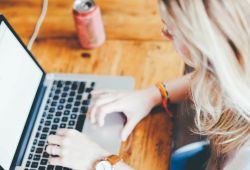 How people work from home 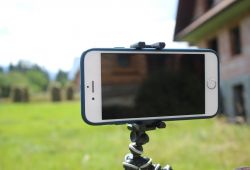 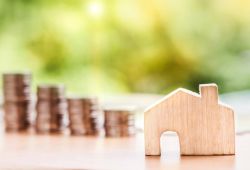 What the experts say on the property market 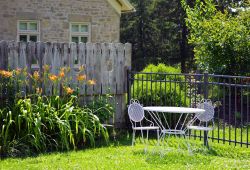 Homes with gardens are in high demand